You can use priority signs only when all of the following apply: 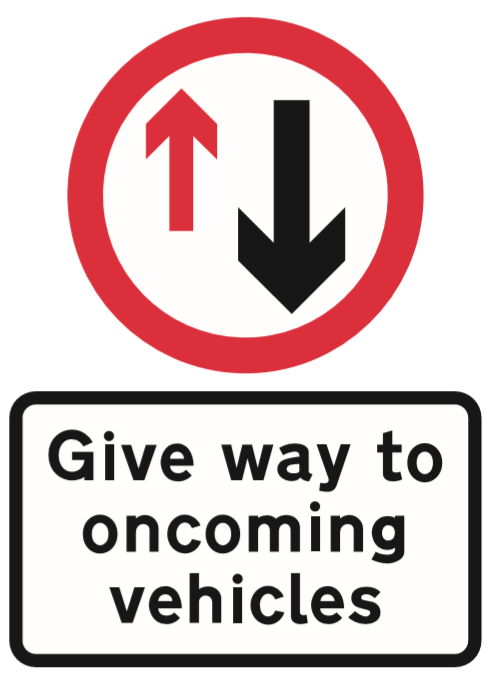 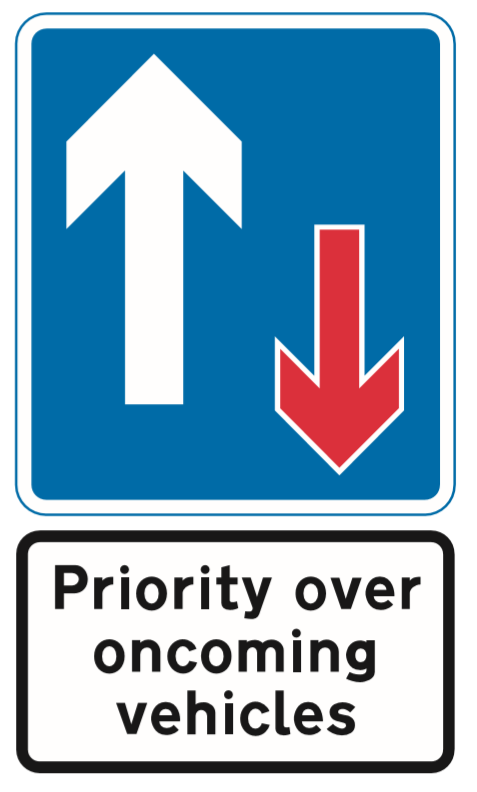 Warning: The sign and supplementary plate ‘Give way to oncoming vehicles’ must be positioned on the same side of the road as the works.

A ‘Give way to oncoming vehicles’ roundel in conjunction with a supplementary ‘End’ plate should be considered where the works are more than 50 metres long and the nature of the works obscures the view of the road downstream of the single file lane. Use of this sign combination can also be considered where the site extends well past the priority section such that the ‘End of road works’ sign is over 100 metres from the end of priority working.

The end of the priority section must be marked with a ‘Priority over oncoming vehicles’ sign in conjunction with a supplementary ‘End’ plate.